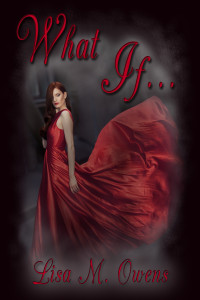 What would you do if you had the chance to go back and relive your greatest mistake?

When Maggie Ryerson was a teenager, she made a choice that changed her life forever. Once the stick turned blue, she found herself torn between two men: one was the friend who had comforted her when her world was suddenly turned upside-down and the other was the man she loved… and the father of her baby. Both men had feelings for her and both of them had offered to marry her.

She chose to marry for love.

Now faced with an unplanned pregnancy, a husband who can’t keep a job and a hormonal teenager, Maggie wonders what her life would have been like if she had married for money instead.

But like the saying goes, be careful what you wish for…

Check your wallet in the front pocket of your jeans.

Shoving my hands into my pockets, I pulled out the battered billfold that I had used for years. My hands stilled. This wasn’t that wallet, this one wasn’t mine. What I extracted was a brand-new, sinfully expensive, black leather coin purse with the initials MC emblazoned in diamonds.

Dropping my mouth open in astonishment, I separated the leather folds with trembling fingers as I examined the contents. The small purse held more money than I had ever seen in my lifetime, along with an assortment of gold and platinum credit cards.

My first thought was that this wallet belonged to someone else until my hands stilled when I exposed the driver’s license encased behind a protective sleeve. My face stared back at me and I cried out, dropping the wallet onto the damp ground. Taking a labored breath, I bent down and picked up the expensive-looking leather, once again opening the folds and taking a moment to focus on the photo of myself.

I looked different. I looked younger. More like the Maggie I had been in high school and not the stressed out, overworked, overwrought wife and mother I was now. Also, the name on the bottom of this license was unfamiliar to me. I gave a start when I read the name, which was written in my own hand. Maggie Carrington. I almost released the wallet again in my agitated state.

When I read the address listed on the Texas-issued driver’s license, realization quickly dawned. This was mine and Carter’s house! I clapped a single hand over my mouth, laughing when it registered that I was getting the second chance I had always wanted. The chance to see what would have happened if I had married Carter instead.

But how had this happened? And why?

“An Interview with Lisa Owens” posted at Cynthia Woolf’s website